10 of the most innovative companies in Africa for 2019.

Lagos (CNN) — American business magazine, Fast Company has revealed its list of 10 most innovative companies in Africa for 2019.
The winners were selected based on those “making the most profound impact on both industry and culture,” the magazine said.
Some of the top companies in Africa include African Leadership University, Flutterwave, and the Farm to Market Alliance.
African Leadership University earned this year’s number one spot for remaking education for the new era, the magazine said.
In an effort to guard against brain drain in Africa, Fred Swaniker, an education enthusiast founded the African Leadership Academy, a residential school for 16 to 19 year-olds in Johannesburg, South Africa.
The greatest equalizer in life is education,” he told CNN in an interviewin 2016. 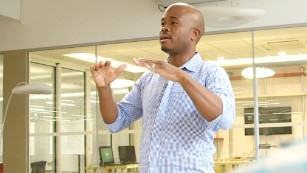 “If you can give people a chance to get this education, then we can actually get people out of poverty, and into the middle class, and then eventually creating wealth for others.”
Filled with passion to impact the lives of more African youths, the serial entrepreneur in 2013 founded the African Leadership University in Mauritius, to educate the brightest of African youths.
ALU currently has campuses in Mauritius, Rwanda, and Kenya. Swaniker hopes to open 25 campuses around Africa.
Flutterwave, the Nigerian startup easing e-commerce payments in more than 150 countries was named Fast Company’s second most innovative business in Africa for 2019.
Founded by Nigerian banker Olugbenga GB Agboola, the digital payment company eases the flow of doing business across Africa because it allows customers to make international payments in their local currencies, according to Fast Company.
Agboola told CNN: “We’re taking businesses from local to global using financial technology, “We’re more than just a payments company, we are in the business of growing businesses, hence it feels good to see recognition for what we do in payments and beyond.”
Flutterwave is now integrated with major online tools like Shopify and WooCommerce, according to Fast Company.
The company is also testing a solution that is directly targeted at SMEs and will allow them to convert their Instagram pages to online stores.
These top 10 list of Fast Company’s most innovative companies in Africa for 2019 are

For remaking education for a new era

For easing e-commerce payments in more than 150 currencies

For creating an on-demand ambulance network in Kenya

For fortifying flour with nutrients during the milling process

For building a mobile-first healthcare network

For bringing quality and consistency to Rwanda’s motorcycle taxi industry

For connecting promising African enterprises with investors to fund growth

For guiding farmers with satellite and drone images

The home of coffee has started experimenting with a new technology: blockchain. Prime Minister Abiy’s first one-on-one interview with the international media(Financial Times)

China-Africa Cooperation Advancing to Peace Support in The Horn

Father Spyridon: The mother of God