(CNN)Despite South Africa averaging more than 2,500 hours of sunshine a year, solar energy generates less than 1% of its electricity. By contrast, the UK produces 4% of its electricity from solar, with considerably less sunshine. South African supermarket Shoprite sees a missed opportunity. The chain is the continent’s largest food retailer, with 140,000 employees and more than 2,000 stores across 14 countries. It wants renewable energy to fuel a quarter of its operations in the next five years.

Shoprite already boasts a total of more than 480,000 square feet of solar panels on top of its 21 distribution centers and stores in South Africa and Namibia — an area equivalent to around eight soccer fields. These generate enough solar energy to power 1,100 households for a year, but with every store and distribution center requiring refrigeration 24 hours a day, this accounts for less than 1% of the group’s overall energy use. 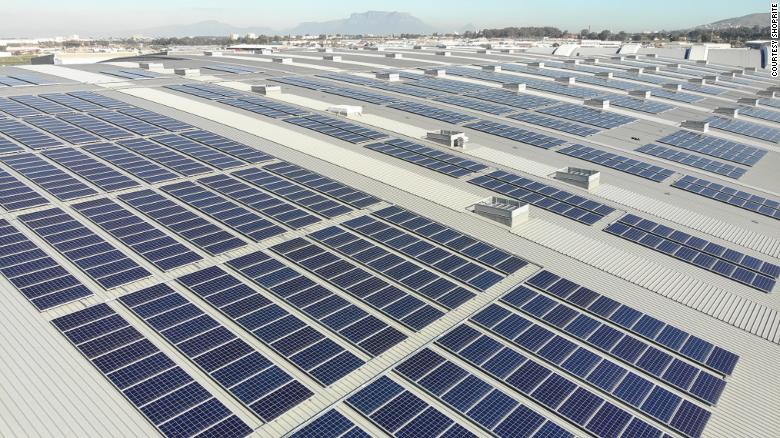 Shoprite’s Basson Distribution Center, on the outskirts of Cape Town, has solar panels on its roof covering an area equivalent to a soccer field. That may not sound like much, but it’s enough to save money, according to Sanjeev Raghubir, Group Sustainability Manager at the Shoprite Group.”The electricity bill for the whole company is in the region of 2.5 billion Rand ($167 million) … 1% of such a large number is still quite significant,” Raghubir tells CNN.

How solar tech could help distribute Covid-19 vaccines in AfricaTo reach its 25% renewable energy target, the company announced in March that it is working with a partner (the name of which it would not disclose for commercial reasons) to build and commission utility-scale wind and solar plants, which will generate electricity that’s then transported via the national grid.It will also accelerate the rollout of rooftop solar panels and explore opportunities to build solar plants in other countries.

Shoprite is not the only company with a base in South Africa looking to develop its off-grid capabilities. In 2018, Siemens started building a solar mini-grid at its Johannesburg headquarters to help reduce its dependence on the national grid, and last year, a Ford assembly plant in Pretoria installed solar panels that are set to provide a third of its power.

In some African countries, the national grid supply can be erratic. South Africans have become used to frequent power cuts; when the state-owned power company Eskom struggles to meet the demand for electricity it activates a system of scheduled outages known as “load-shedding” to avoid a countrywide blackout. Last year, the country experienced almost 860 hours of outages. This is thought to have accelerated private investments in renewable energy.

Deploying mini-grids can be a good solution, explains Patrick Touni, head of policy and regional strategy at GOGLA, a global association for the off-grid solar energy industry. Sunshine is an abundant resource across Africa and solar technology has become “sustainable, reliable and affordable compared to the grid,” he says. 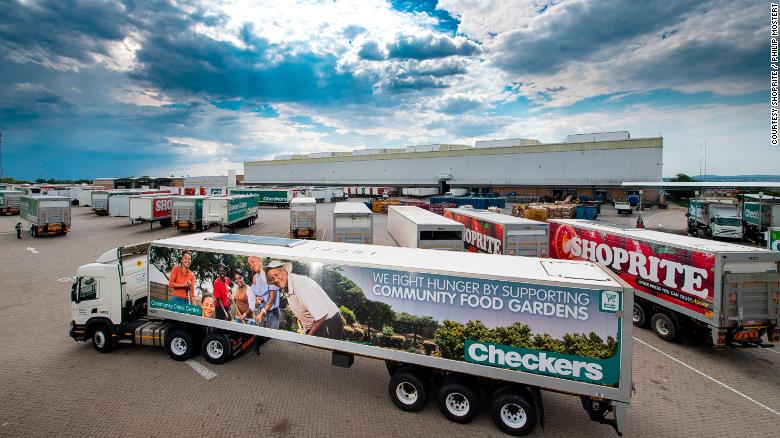 More than half of Shoprite’s delivery trucks are fitted with solar panels to aid refrigeration. Investing in renewables isn’t just about saving money. “Climate change is probably the single biggest threat that we have as a business and society,” says Raghubir, adding that it will impact the company’s ability to source, process, transport, and sell products, as well as affecting communities where it operates.

Shoprite has also acted to make its fleet of delivery vehicles greener. Since around 85% of the nation’s electricity is generated by coal, introducing electric vehicles isn’t necessarily a solution, says Raghubir.

Instead, the company has fitted solar panels to more than half of its 1,200-strong fleet of refrigerated trucks. These allow drivers to switch off the engine at delivery locations, border posts or when stuck in traffic while keeping the refrigerators running. Raghubir is confident that Shoprite’s efforts towards energy efficiency will benefit both the business and consumers.