An examination of the 2035 Vision for China-Africa Cooperation

The November FOCAC Ministerial Meeting in Dakar adopted four documents: The Dakar Action Plan (2022–2024); the 2035 Vision for China-Africa Cooperation; the Sino-African Declaration on Climate Change; and the Declaration of the Eighth Ministerial Conference of FOCAC. There is considerable overlap in terms of coverage and substance in the four documents. All of them present long, exhaustive lists of issues and areas of cooperation between China and Africa.

The 2035 Vision for China-Africa Cooperation particularly stands out as the first mid-to-long-term cooperation plan jointly developed by China and Africa. The Vision defines the overall framework of China-Africa cooperation for the next 15 years. The timing of its release, the framing of the issues, as well as the specifics of economic cooperation are of particular interest and worthy of examination.

The first interesting issue to note about the 2035 Vision for China-Africa Cooperation is the timing of its release. Usually, observers would expect such an important document to be released during the FOCAC meeting where the principles were adopted. This time around, though, none of the four documents listed above were released during the summit, but, rather, released a few days to over a week after the summit’s conclusion. Experts have speculated that the delay potentially alludes to differences that needed to be ironed out during and after the FOCAC meeting.

For any China watcher, the most striking component of Vision 2035 is that its timeframe coincides with China’s own 2035 plan: Vision 2035. Passed at the fifth Plenary of the 19th Party Congress in 2020, Vision 2035 is a list of midpoint objectives set for 2035 before the centennial year of the founding of the People’s Republic of China in 1949. It stipulates that “China will basically achieve socialist modernization” (become a rudimentary modern socialist country) by the year of 2035, which will have expedited Deng Xiaoping’s original timeframe of achieving that goal by mid-21st century by 15 years.

According to China Vision 2035, China will have become a strong and technologically advanced country that is a global leader in both innovation and new forms of industrialization. The country will have consolidated its status as a global great power and enhanced its capability to participate in international economic cooperation as well as elevated new competitive advantages, with significantly strengthened soft power and fundamentally improved ecological environment. The lives of the Chinese people will consequently have improved.

Notably, the 2035 Vision for China-Africa Cooperation aligns with China’s own 2035 Vision. According to the cooperation document, China and Africa envision eight areas of cooperation for the next 14 years:

It is not difficult to see the alignment between the two documents: Overall, China’s cooperation with Africa on broad development, security, and governance issues is framed as a part of China’s ascension to great power status as reflected in its own Vision document. Mutually beneficial economic cooperation boosts China’s economic growth and meets the demand from the Chinese domestic market, which will improve the quality of life of the Chinese people. And the people-to-people exchanges are an intrinsic component of China’s global soft power campaign.

Just like the financial commitments announced at FOCAC every three years, the most telling items in the 2035 Vision for China-Africa Cooperation are the specific commitments and deliverables. Indeed, Chinese commitments from the Dakar meeting suggest retrenchment or, at the minimum, reorientation of China’s economic engagement with Africa. This impression and direction are further reflected in the 2035 Vision for China-Africa Cooperation.

First, infrastructure development continues to be downplayed. Although the 2035 Vision document mentioned “infrastructure” four times, it did not mention Chinese loans as the funding source at all.  Instead, they are framed specifically in the context of Chinese investment, diversification of cooperation areas on infrastructure, quality infrastructure in terms of industrial capacity cooperation, and digital infrastructure, respectively. It is also worth noting that infrastructure accounts for only a small and nonessential portion of the economic commitment.

Second, the most conspicuous financial commitment lies with investment: China promises to invest $60 billion in Africa cumulatively by 2035, directed at agriculture, manufacturing, infrastructure, environmental protection, digital economy, and blue economy. Compared to past FOCAC financial commitments that have covered every three years, this commitment is unorthodox in its timeframe (14 years) and formulation (regarding the origin of the investment). Given that China had committed $10 billion in investment in 2018 and again this year, $60 billion does not appear to be a difficult target to meet in 14 years. According to Chinese official media, Chinese investment in Africa was $2.96 billion in 2020, a 9.6 percent growth from the previous year. At this rate and taking inflation into consideration, $60 billion will not represent a major deviation from the current trajectory. The composition of the investment between the public and private sectors remains unclear.

Third, trade constitutes the greatest area of growth in economic ties, with the annual trade volume between China and Africa amounting to $300 billion. This amount is in line with the stated 2021 FOCAC focus on trade promotion and facilitation, especially regarding the increase of African exports of agricultural products and non-natural resources.

China appears particularly bullish on imports from Africa. After a 10 percent dip in bilateral trade last year at $187 billion, China-Africa bilateral trade is picking up speed, reaching $185 billion during the first nine months of 2021, a growth rate of 38.2 percent. At the Dakar FOCAC meeting, China promised to import a total of $300 billion worth of products from Africa over the next three years. This confidence originates from the impressive growth of African exports to China due to the “growing embrace of African products in China. Already, during the first seven months of 2021, African exports to China increased by 46.3 percent. Agricultural products did particularly well: African exports of rubber, cotton, and coffee doubled from July 2020 to July 2021.

Chinese FM to begin the new year with trips to Africa

The Chinese State Councilor and Foreign Minister Wang Yi will visit Eritrea, Kenya, and Comoros from January 4 to 7, 2022, continuing a 31-year tradition of Chinese foreign ministers choosing to visit Africa as their first overseas trip in a new year, China’s Foreign Ministry announced on Thursday.

Wang’s visit will be the 32nd year in a row that a Chinese foreign minister will start their year’s diplomatic activities with a visit to Africa. China’s diplomatic tradition fully demonstrates the deep friendship between China and Africa that has withstood the test of time and grown even stronger, Foreign Ministry spokesperson Zhao Lijian said during the routine press briefing. 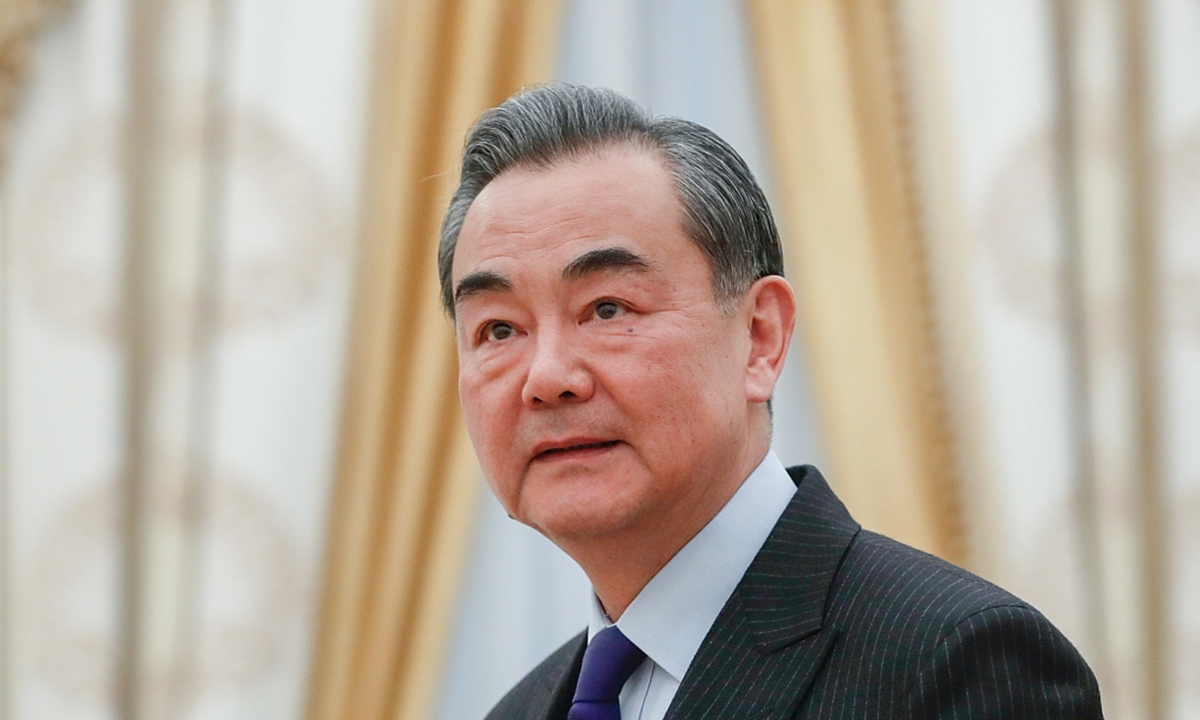 The tradition shows China’s firm support for the development and revitalization of Africa through joint efforts and self-improvement, which the international community including African friends speaks highly of, Zhao said. In 2021, Wang Yi started his diplomatic trips with a visit to five African countries — Nigeria, the Democratic Republic of the Congo, Botswana, Tanzania, and Seychelles.

Zhao said that China is the biggest developing country and Africa is a continent concentrated with developing countries. Both sides are faced with the common goals of safeguarding sovereignty, opposing hegemony, and realizing development. The two are not only comrades-in-arms in the fight against hegemony, but also partners in development and revitalization and important forces in defending international fairness and justice, Zhao said.

The 2035 Vision for China-Africa Cooperation is aligned with China’s own 2035 Vision for development and is a clear continuation of the trends, evolution, and adjustments in China’s Africa strategy. However, 14 years is a rather long timeframe and a striking digression from past commitments. How things will transpire for Africa during this period merits continued close observation.

CIA and CNN: Rocked by A Massive Scandal with their Pedophilia and Sexual Predators Exploitation Ethiopia Will Rise as The Phoenix did from the Ashes