The People and Society of Sao Tome and Principe’s youthful age structure – more than 60% of the population is under the age of 25 – and high fertility rate ensures future population growth. Although Sao Tome has a net negative international migration rate, emigration is not a sufficient safety valve to reduce already high levels of unemployment and poverty. While literacy and primary school attendance has improved in recent years, Sao Tome still struggles to improve its educational quality and to increase its secondary school completion rate. Despite some improvements in education and access to healthcare, Sao Tome and Principe has much to do to decrease its high poverty rate, create jobs, and increase its economic growth.

The population of Sao Tome and Principe descends primarily from the islands’ colonial Portuguese settlers, who first arrived in the late 15th century, and the much larger number of African slaves brought in for sugar production and the slave trade. For about 100 years after the abolition of slavery in 1876, the population was further shaped by the widespread use of imported unskilled contract laborers from Portugal’s other African colonies, who worked on coffee and cocoa plantations. In the first decades after abolition, most workers were brought from Angola under a system similar to slavery. While Angolan laborers were technically free, they were forced or coerced into long contracts that were automatically renewed and extended to their children. Other contract workers from Mozambique and famine-stricken Cape Verde first arrived in the early 20th century under short-term contracts and had the option of repatriation, although some chose to remain in Sao Tome and Principe.

Of São Tomé and Príncipe’s total population, about 201,025 live on São Tomé and 90,000 on Príncipe. All are descended from various ethnic groups that have migrated to the islands since 1485. Six groups are identifiable: Mestiços, or mixed-blood, descendants of Portuguese colonists and African slaves brought to the islands during the early years of settlement from Benin, Gabon, the Republic of the Congo, the Democratic Republic of the Congo, and Angola (these people also are known as filhos da terra or “children of the land”); Angolares, reputedly descendants of Angolan slaves who survived a 1540 shipwreck and now earn their livelihood fishing; Forros, descendants of freed slaves when slavery was abolished; Serviçais, contract laborers from Angola, Mozambique, and Cape Verde, living temporarily on the islands; Tongas, children of Servicais born on the islands; and Europeans, primarily Portuguese. 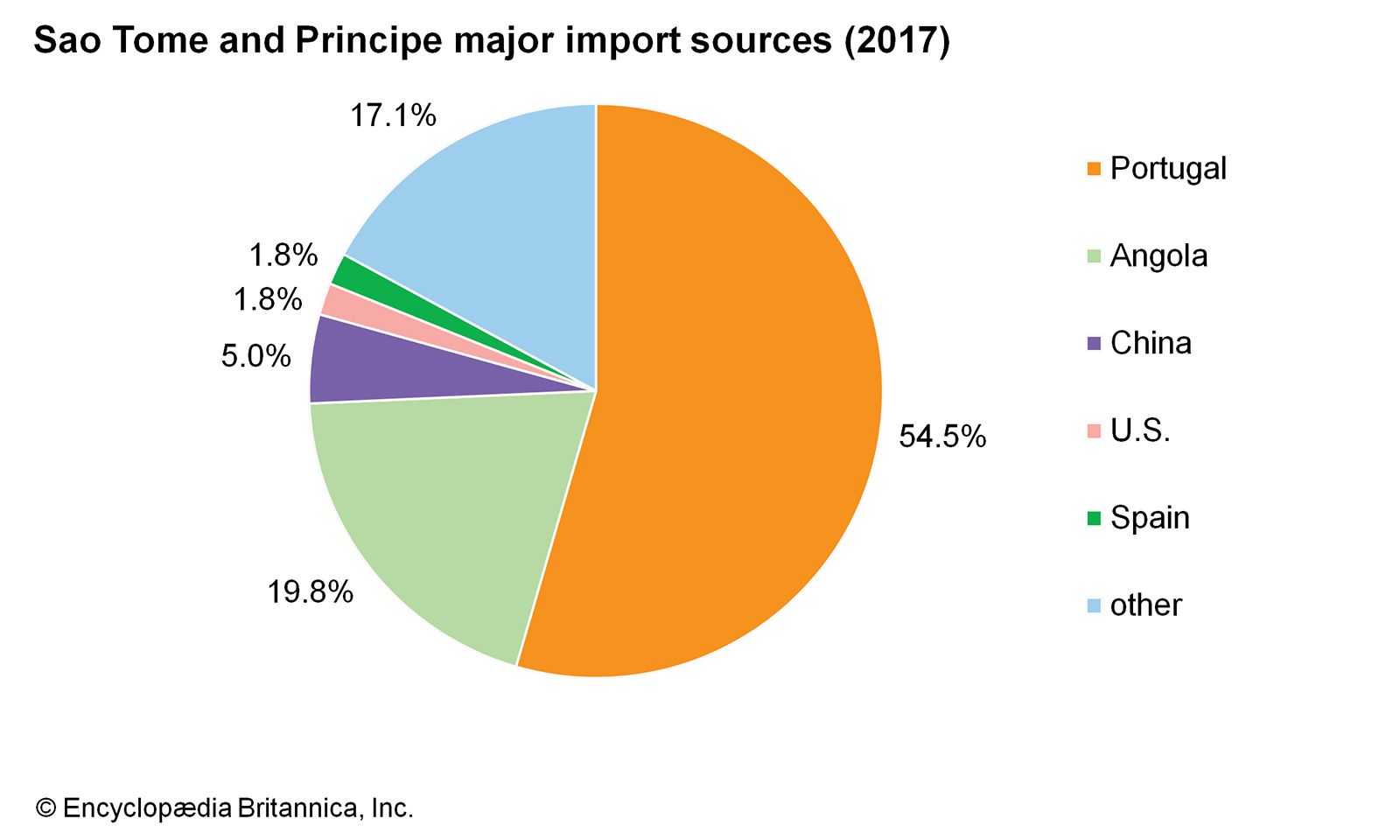 Portuguese is the official and the de facto national language of São Tomé and Príncipe, with about 98.4% speaking it in the country, a significant share of it as their native language, and it has been spoken in the islands since the end of the 15th century. In addition, three Portuguese-based creoles are spoken: Sãotomense, spoken by the Forros and having by far the largest number of speakers; Angolar, the language of the Angolares, spoken on the southern tip of São Tomé; and Principense, spoken by only a few hundred individuals on Príncipe. Restructured variants of Portuguese or Portuguese creoles are also spoken: Forro, a creole language (36.2%), Cape Verdean Creole (8.5%), Angolar (6.6%) and Principense (1%). French (6.8%) and English (4.9%) are foreign languages taught in schools.

Christianity is the dominant religion, with Roman Catholics constituting about 80% of the total population and Protestants constituting about 15%. The primary Protestant groups are Evangelicals (about 3.4% of the population), New Apostolic (2%), and Seventh-Day Adventists (1.8%). Approximately 3% of the population is Muslim. About 2% are atheist. A very small number of people practice forms of witchcraft, but this is considered more of a custom than a religion and practitioners are often adherents of one of the other major religions. Certain Christian holidays are celebrated as national holidays. The constitution provides for religious freedom.