In April 2020, China was the first major economy to pilot a digital currency, the e-yuan or e-CNY. The e-CNY, which will eventually replace physical cash and is currently being tested in Chinese cities, is integrated with the Digital Currency Electronic Payment (DCEP) system and data processing network run by the People’s Bank of China (PBOC). In offering citizens an alternative to decentralized cryptocurrencies such as Bitcoin (which China has banned) and partnering with the country’s tech giants who currently dominate the electronic payment space, China is neutralizing key external and internal threats to its governance and control of monetary policy.

A recent Interpreter article notes that China’s immediate focus is domestic. However, earlier this year, Huawei introduced into the African market the Mate 40, a smartphone with a pre-installed e-CNY wallet that uses the DCEP network. It appears that China’s secondary focus may very well be Africa – with an eye towards disrupting the global financial system.

In going digital, China retains visibility over financial transactions, even if it loosens capital controls and makes the yuan more easily convertible.

In launching the e-CNY, China has fired another salvo in its “digital currency insurgency” that seeks to challenge US dollar primacy. Crucially, a first-mover advantage in the digital currency space provides China with ample messaging opportunities to sell the technology that underpins it. In going digital, China retains visibility over financial transactions, even if it loosens capital controls and makes the yuan more easily convertible – two key factors that currently limit the renminbi as a global currency. China has thus been strategically nudging forward what the deputy director of the PBOC calls a “natural process” of renminbi internationalization.

Nowhere is this more evident than in the depth and breadth of Chinese investments in technology, services, and digital infrastructure in Africa. Over the past two decades, China has conquered these markets thanks to low price points, willingness to invest in riskier environments, the extension of concessional loans and grants to African governments tied to the use of Chinese companies, and products adapted to the African consumer, such as mobile phone cameras that better capture darker skin.

In terms of entrenching their presence through tech hardware, Chinese companies have since the mid-2000s acquired almost 50 percent of Africa’s mobile phone market and 70 percent in the mobile network layers. Around half of all smartphones sold in Africa in 2020 were Chinese-made, 40 percent of them from Shenzhen-based Transsion. In the second quarter of 2021, Transsion held 47.4 percent of the market, with Samsung (South Korean) and Xiaomi (Chinese) in second and third place. Chinese investors have also made significant inroads in Africa’s mobile money space through platforms such as Ant’s AliPay, and by investing in African-led digital payment start-ups. African handsets largely operate on Chinese-built Information and Communications Technology (ICT) infrastructure run by Chinese firms (such as Huawei, ZTE, and China Telecom) and built with loans provided by the Chinese government. Huawei has installed up to 70 percent of Africa’s 4G networks and will likely set up all of the continent’s new 5G networks.

China can certainly leverage this deep engagement and local expertise in Africa to advance DCEP when the time is right. The concept of a digital currency resonates in many African countries. Home to popular mobile phone-based money services such as M-Pesa and Orange Money, the continent is already one of the fastest-growing markets for Bitcoin, which requires connectivity to conduct transactions. Since the e-CNY can be accessed offline, it will appeal to users with limited internet bandwidth, especially in rural areas. The Mate 40, for example, enables the transfer of funds by touching devices together, even when users are offline. 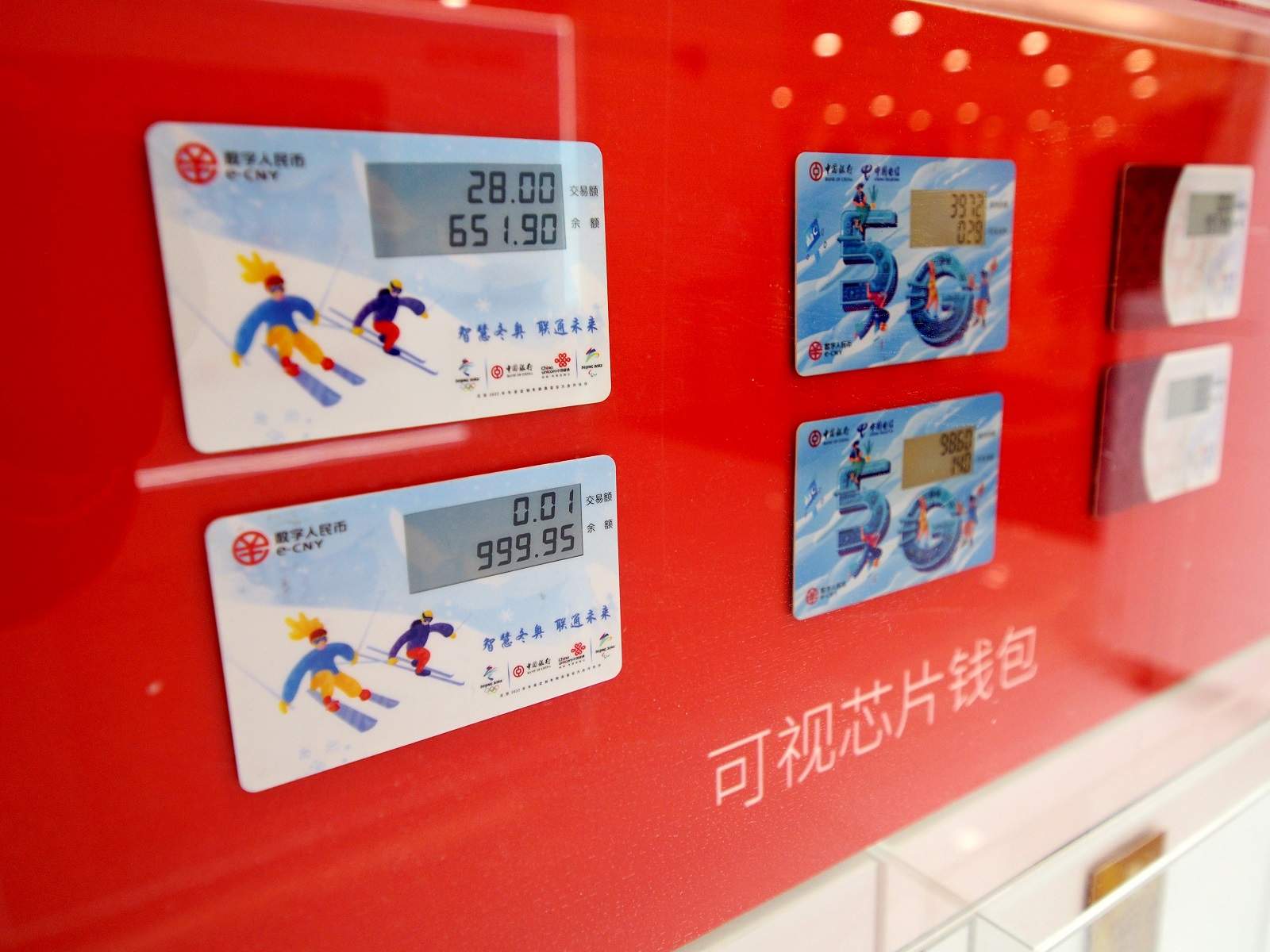 China is playing the long game – and is several moves ahead of any other major economy.

A digital yuan could also facilitate and expedite inter-African and China–Africa trade and financial flows. Many African currencies are unstable and prone to devaluations; converting African currencies to other African currencies or to the US dollar can be expensive and complicated. Even if African countries don’t adopt the e-CNY, China could still exploit its entrenchment in Africa’s ICT sector and fintech superiority to shape Africa’s emerging digital financial ecosystem. It could exert control over Africa’s digital financial architecture by, for example, selling or leasing the underlying DCEP technology to African governments to create local currencies that are interoperable with the e-CNY.

China is playing the long game – and is several moves ahead of any other major economy. It has actively been taking steps to internationalize the renminbi through efforts such as currency swap agreements, the establishment of renminbi clearing banks abroad, its inclusion in the International Monetary Fund’s Special Drawing Rights basket of currencies, and through negotiations with central banks in Belt and Road Initiative (BRI) partner countries. The potential development of a new global digital payment system network, with control and oversight centralized in Beijing, is real. Once China has DCEP running smoothly at home, Africa could well be its next stop. Commentators and policymakers would be wise to watch the development of the e-CNY as it unfolds on the continent, one mobile phone app at a time