Enset, also known as the “false banana,” is a starchy crop that is a food staple in Ethiopia. While its fruit is inedible, the study says its stems and roots can be fermented and are commonly used to make porridge and bread. If the cultivation of enset were to be expanded, the crop has “significant potential” to address food security and sustainable development across Africa amid climate change.

About 20 million people in Ethiopia currently rely on enset for food. This plant which has not been cultivated elsewhere is inedible, wild relatives have been spotted growing as far away as South Africa, however, suggesting enset may be able to tolerate other growing regions.

The Intergovernmental Panel on Climate Change (IPCC) predicts that, on average, global temperatures will rise by 1.5°C during the next two decades.

More than two-thirds (66%) of the world’s calories come from crops like wheat, corn, and soy, which are anticipated to decline as temperatures rise. In a high greenhouse gas emissions scenario, for example, maize yields could fall by 24% by 2030. Sub-Saharan Africa’s economies are heavily reliant on rain-fed agriculture, hence climate change has a disproportionate impact on them, according to ZME Science.

A significant restructuring of the agriculture sector is therefore likely in order to survive the impacts of climate change and maintain farmers’ livelihoods since agriculture provides crucial food for human consumption and feed for livestock. The introduction of new crops that are not already rotated may be necessary for this change, and enset may play a role in this.

According to the study, published in December in the journal Environmental Research Letters, enset has the potential to become a new global staple. In places where conventional crops are threatened by rising temperatures or extreme weather, it could feed more than 100 million people over the next four decades and boost food security in Ethiopia and other African countries with suitable environments, including Kenya, Uganda, and Rwanda.

Researchers note that climate change is predicted to “seriously affect yields and distributions of major staple crops” across Africa, and say the implementation of enset could help mitigate those impacts.

“Highly flexible and productive species such as enset provide one pathway for improving local food security while minimizing cropland expansion and resulting biodiversity loss, particularly because environmental degradation may be highest during periods of acute vulnerability, food insecurity, and associated poverty,“

What Researchers Know About Enset

Perennial Enset (Ensete ventricosum) bears a single fruit in the course of its 10-year lifespan. Due to its resemblance to the banana, it is known as the Ethiopian banana, Abyssinian banana, or false banana.

About 20 million Ethiopians rely on this ancient domesticated crop, which was first formed about 8,000 years ago in the country’s south and southwest. Enset is a versatile crop that can be used for a variety of purposes, including animal feed, clothing and mat production, and even the construction of homes.

Ethiopians, unlike those who consume sweet bananas, ignore the enset fruit in favor of its starchy stems and roots, which they use to create porridge and bread. Eset may improve food security in a variety of ways.

Over multiple years, it can be harvested at any time of the year and in any weather conditions that are suitable for its growth. You can use it to make food and medicine. You can also use it to build things like roofing and packaging.

In addition, the crop helps to stabilize soils and microclimates. It has been dubbed the “tree against hunger” because of its appealing features. 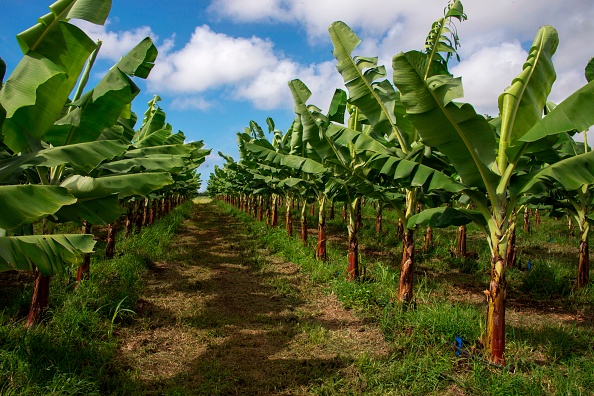 Only recently has there been a substantial investigation into the potential of the food crop, enset to feed large numbers of people. Researchers at the Royal Botanic Gardens, Kew, led by Dr. James Borrell, have conducted surveys and models on the probable range of enset over the next four decades, and their results are highly optimistic.

In the next few decades, the crop might feed at least 100 million people, benefiting not just Ethiopia, but also Kenya, Uganda, and Rwanda, all of which are at risk of food shortages.

Croplands are characterized by low crop diversity, minimal agricultural inputs, and high population density with frequent seasonal food security deficits. Based on this prioritization, an additional current population of 12.8–19 million Ethiopians (depending on the scenario) for which enset cultivation may be a beneficial, climate-resilient asset to address food and nutritional insecurity outside its current cultivation area. More broadly across East and Southern Africa 47–70.3 million people live in high priority areas, primarily localized to southern Uganda, eastern Kenya, and Western Rwanda (see figure 6). When incorporating the genetic potential of wild populations, enset cultivation might prove feasible for an additional 87.2–111.5 million people, 27.7– 33 million of which are in Ethiopia outside of enset’s current cultivation range.

Enset, according to a study published in Environmental Research Letters, may help to augment our diets and compensate for the predicted decreases in rice, wheat, and maize yields caused by climate change.

Researchers note that there are some barriers to expanding the crop’s cultivation. The first is that Ethiopia currently restricts the international transfer of plant material to protect Indigenous bioresources from inequitable exploitation. Because of this, researchers say enset’s expansion outside of Ethiopia would depend on bilateral access and benefit-sharing agreements. In addition, researchers say the current distribution of enset cultivation is “closely associated with cultural groups who hold the required knowledge.“

“This highlights that both pieces of knowledge, as well as plant material, would need to be fairly and equitably shared for successful transfer of enset cultivation.”

The study’s authors say local dietary preferences, culture, and livelihood systems among different regions are also important factors that need to be considered before expanding enset beyond its current range.

“Whilst this represents a challenge to existing agrisystem and food networks, it is also an opportunity to adopt an improved suite of climate-resilient crops with multiple food security co-benefits.”

Despite substantial growth in global agricultural production, food and nutritional insecurity is rising in Sub-Saharan Africa. Identification of underutilized indigenous crops with useful food security traits may provide part of the solution. Enset (Ensete ventricosum) is a perennial banana relative with cultivation restricted to southwestern Ethiopia, where high productivity and harvest flexibility enables it to provide a starchy staple for ∼20 million people. An extensive wild distribution suggests that a much larger region may be climatically suitable for cultivation. Here we use ensemble ecological niche modeling to predict the potential range for enset cultivation within southern and eastern Africa.

Integration of crop wild relative diversity, which has broader climate tolerance, could enable a 19-fold expansion, particularly to the dryer and warmer regions. Whilst climate change may cause a 37%–52% reduction in potential range by 2070, large centers of suitability remain in the Ethiopian Highlands, Lake Victoria region, and the Drakensberg Range. We combine our bioclimatic assessment with socio-economic data to identify priority areas with high population density, seasonal food deficits, and predominantly small-scale subsistence agriculture, where integrating enset may be particularly feasible and deliver climate resilience. When incorporating the genetic potential of wild populations, enset cultivation might prove feasible for an additional 87.2–111.5 million people, 27.7–33 million of which are in Ethiopia outside of enset’s current cultivation range.

In conclusion, the research suggests expanding the range of cultivation of currently underutilized crops has significant potential to support the diversification and resilience of global agrisystems under climate change. Unifying interdisciplinary approaches involving both bioclimatic and socioeconomic suitability may help prioritize communities for agricultural development interventions, making successful adoption more likely. Whilst this represents a challenge to existing agrisystem and food networks, it is also an opportunity to adopt an improved suite of climate-resilient crops with multiple food security co-benefits.

After securing Donbas and Mariupol, what will be Russia’s next move?