Environment protection is the epicenter of economic development. Considering that it has a multifaceted advantage, the Ethiopian government has been undertaking various tasks in relation to greenery.

Some argue that the issue of the environment could not be the only option for growth and development citing the experience of some countries in the world. Indeed, there would be many economic development options depending on the resource that the countries rely on.

Considering the impact it would have on its resources and climate change which is a threat to the world as a whole, the Ethiopian has been investing in the green legacy campaign and planted 25 billion tree seedlings over the past four years surpassing the target 20 billion.

Though it has its own limitations in terms of caring and protection, the move by itself has brought a greater impact on the mindset of society at large. Without exaggerating, environmental protection and tree plantation are now becoming a community’s culture. 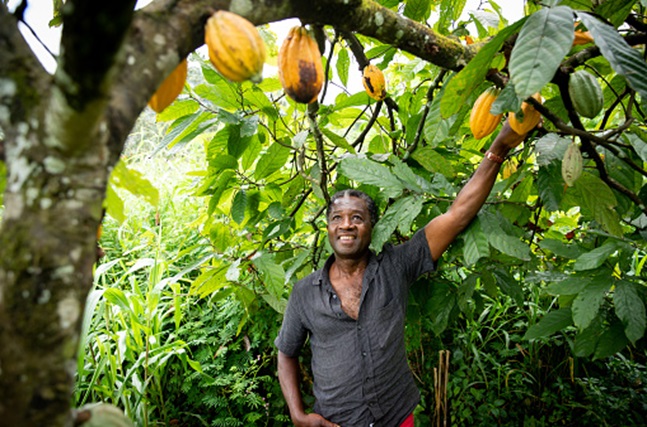 Unless the African countries second Ethiopia’s green legacy initiative, the effort made by it alone will not bring a significant impact on climate change and deforestation. Last June, after launching the fourth Green Legacy Campaign at Gulele Botany Center, African Union Commissioner Musa Faki Mahamat said the Green Legacy Campaign is an exemplary initiative that can be followed by other African countries.

“Forest development activities like the Ethiopian Green Legacy Campaign are needed to alleviate the problem of the African continent as Africa has been experiencing recurrent droughts due to climate change. In this regard, the commissioner pointed out that Ethiopia is reinforcing an exemplary move in the field of green development.”

“Planting trees is giving life. As you know, Africa is impacted by climate change, drought, desertification, and deforestation. And this kind of initiative (Green Legacy) is very important; and I want to thank Prime Minister Abiy Ahmed, the government, and the people of Ethiopia (for this).”

“The African Union is supportive of this initiative and I hope this example can be followed by other countries as Africa needs these kinds of initiatives to fight against climate change. So, it is a very good opportunity to attend this one and it is one of the best events that I have ever attended here in Ethiopia,” the commissioner underscored.

The leadership of the country has been showing political commitment at the highest level to rehabilitate degraded lands and restore forests through the Green Legacy Campaign and massive tree planting campaigns.

During the tree planting event, Ethiopian Ambassador to the Republic of South Sudan, Nebil Mahdi stated that the Green Legacy Project is one of Prime Minister Abiy Ahmed’s major initiatives. It aims to reduce land degradation while also promoting eco-tourism and combating climate change.

“Ethiopia is steadfast in cooperating with South Sudan towards the Campaign of Green Legacy in the consideration of environmentally friendly species, as well as sharing best practices in such public mobilizations and mega-project executions, as a result of the historical and intertwined deep relationship between the peoples of both countries,” ambassador Nebil noted.

Deputy Minister for Foreign Affairs and International Cooperation of the Republic of South Sudan, Deng Dau Deng thanked the Ethiopian Community and members of the peacekeeping force for their participation in the tree planting program adding that the planting ceremony will help to strengthen the existing historical ties between the peoples of the two countries, he added.

Ethiopia is a pride and a symbol to all African countries to be independent of their colonizers. Now, due to its economic backwardness, the continent becomes a target of some greedy countries that planned to scramble Africa’s resources weakening the capacity of countries by igniting conflict. Thus, all Africans have to be alert and protect resources by devising various mechanisms taking the Green Legacy of Ethiopia as a model. If this is so, the future of Africa will be beyond the imagination.

Around the World in Pancakes Uhuru Kenyatta and Kenya’s Media: A Bitter-Sweet Affair That Didn’t End Happily

African Union Chair Person Demanded At Least Two Seat At The UN Security Council That Represent Over 1.4 Billion People Of The Continent

Does the West have any moral high ground to interfere in Uganda and Tanzania’s oil and gas development projects?

Ethiopia and Somalia are Scripting History With a Joint Infrastructure Project